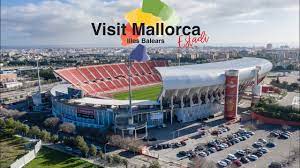 January 4 – Mallorca are to upgrade their Son Moix stadium at a cost of €20 million, the La Liga club has announced.

“Our home will be remodelled with the aim of adapting the current stadium to the needs of both the city of Palma de Mallorca and fans in collaboration with the city council,” wrote the club in a statement.

“Plans to transform the Visit Mallorca Estadi into a modern, inclusive stadium will include further transport, culture, welfare, sporting, social and leisure services to its local community.”

The club plans to remove the athletics track to bring fans closer to the field and prioritise the fan experience. The renovation of the stadium will begin this year and is projected to be completed in 2024.

The stadium was built in 1999 for the summer Universiade, but has suffered from concrete deterioration, roof damage and drainage and piping issues in recent years as well as problems with the electric network. The ground has a capacity of 23,142 people.