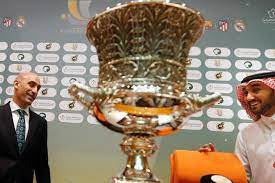 The British broadcaster announced on Tuesday that it has obtained the rights to the competition that will take place from January 12-16 in the Saudi capital Riyadh.

The Spanish matchups add to Saudi Arabia’s growing portfolio of staging sports events, including the ‘Clash on the Dunes’ between Andy Ruiz Jr and Anthony Joshua in 2019, the 2019 Italian Super Cup and the Formula 1 Grand Prix.

Saudi Arabia is also bidding for the 2027 Asian Cup.