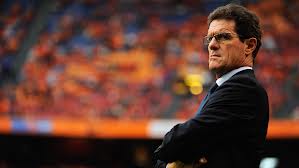 January 5 – Former England manager Fabio Capello says players who refuse to receive the coronavirus vaccine should have their salaries cut.

The Italian government has taken the controversial step of making vaccines compulsory for everyone wanting to play outdoor team sports in the country.

From January 10 all footballers in the country – from the professional game to the amateur divisions – will need a ‘Green Pass’ to take part.  The move came just days after French President Emmanuel Macron announced that full, double-vaccinations will be mandatory in professional sport.

In an interview with Gazzetta dello Sport, Capello, who also coached AC Milan, Roma and Juventus, charged: “Refusing the vaccine is an act of selfishness .

“If the police are forced to get vaccinated, I don’t see why the same rule can’t be applied to players. Anyone who does not want to be vaccinated causes damage to society and therefore should see their wages cut.”

With Serie A resuming on Thursday following a winter break, Capello believes it is unlikely the season will be suspended – especially because vaccinations are now mandatory for players.

“I don’t think Serie A will stop,” he added. “Those who are vaccinated contract the virus in a lighter way and don’t take as long to recover.”