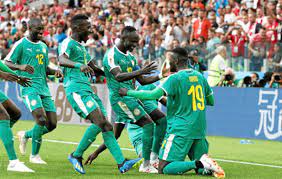 January 6 – As many observers feared, the African Cup of Nations has been plunged into Covid chaos just days ahead of kick-off with Senegal, one of the favourites, among those worst hit.

The Senegalese have been forced to delay their departure from Dakar after no fewer than nine players and staff tested positive.

Senegal’s opening match of the tournament is on Monday against Zimbabwe before they face Guinea and Malawi who themselves left three players behind in isolation.

Burkina Faso look set to miss at least three players in Sunday’s opening game against host nation Cameroon while Cape Verde’s coach tested positive and has been placed in isolation.

Tunisia reported their captain Youssef Msakni and striker Seifeddine Jaziri had tested positive, and a pre-tournament friendly between the Ivory Coast and Mali in Jeddah was called off because of positive cases in the Ivorian camp.