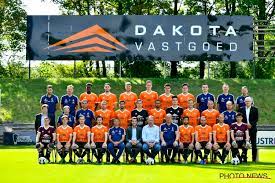 Deinze becomes the latest Belgian club to pass into the hands of foreign owners. In a statement ACA Football Partners said that “starting from this acquisition, ACAFP will begin a multi-club ownership model and will position KMSK Deinze as the center of its strategy. It aims to develop an unique business platform utilizing the competitive advantage of the multi-club ownership once after it partners with several more clubs in Europe.”

Denijs Van De Weghe has led the club as chairman for 11 years. He had planned to build a new stadium, something the new owners have similarly committed to.

“They possess the know-how and have created a successful business plan, including their multi-club ownership model. As president of the club, I will of course stay involved in all club business, and our ambition is to play at the highest level of professional football in Belgium when we celebrate the club’s 100th anniversary in 2026,” said Van de Weghe.

ACA Football Partners sad: “To further enhance and release the club’s potential, ACAFP will start developing a global membership program, create unique digital video content through an original OTT* platform (* stands for Over The Top: an online video streaming platform), and build a global fanbase to capture the arising heat from the Asian market.”

Based in Singapore, the investment fund’s senior management is Japanese. Hiroyuki Ono serves as CEO and claims 15 years of experience in private equity and investment banking.

With experience at both Vissel Kobe and Belgian club STVV, Akihisa Iizuka takes up the role of CFO and Takahisa Shiraishi is the Chief Football Officer with experience at AC Milan, Pachuca and Excelsior Rotterdam. Former player Stanley Brard is to bring more football knowledge to the table.

Following Lommel, Mouscron, Virton, Westerlo and Waasland-Beveren, Deinze has become the sixth club in the 8-team second division in Belgium to have foreign ownership. For now, RWDM and Lierse remain in the hands of Belgian owners.