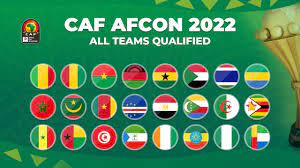 January 6 – After consultation between the Cameroonian government and the Confederation of African Football (CAF), attendances at the 2021 Africa Cup of Nations will be capped at 60-80% of stadium capacity. The tournament kicks off on Sunday.

Host nation Cameroon’s matches will be capped at 80% of stadium capacity whereas for all other matches at the tournament that number will come down to 60%. Fans will have to be fully vaccinated and present a negative PCR test to enter the stadium.

In Cameroon, just 2% of the population have been fully vaccinated, suggesting that attendances during the tournament could be very low.

“CAF will continue to monitor the situation and the evolution of the health conditions and adapt measures if needs be,” said a statement from the confederation.

On Sunday, Cameroon kick off the tournament against Burkina Faso at the Olembe Stadium in the capital Yaounde. The stadium has a capacity of 60,000 and will also host the final on February 6. The other venues are Douala, Limbe, Bafoussam and Garoua.

But even as CAF seeks to ensure that supporters do not pose a health risk to one another and the competition at large, several teams have suffered coronavirus infections. Six Cape Verde players are in isolation. The island nation face Ethiopia in the other Group A match on Sunday.

Saliou Ciss, Mamadou Loum and Habib Diallo tested positive in the Senegal camp. Tunisians Seifeddine Jaziri and Youssef Msakni have also contracted Covid-19. Debutants Gambia, as Insideworldfootball reported on Wednesday, have also had to deal with a coronavirus outbreak in their squad during their training camp in Doha, Qatar.