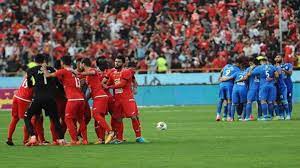 January 7 – Top Iranian sides  Iran sides Persepolis and Esteghlal have been kicked out of the Asian Champions League after having their licenses withdrawn by the Asian Football Confederation.

In its crackdown, the AFC declared the clubs “had not satisfied all of the mandatory criteria”.

Tehran-based Persepolis are two-time finalists while Esteghlal were winners of the 1970 and 1991 Asian Club Championship – the forerunner to the Asian Champions League.

Gol Gohar Sirjan, a third Iranian team, have also been stripped of their license.

“The ECB (Entry Control Body) determined that the three clubs had not satisfied all of the mandatory criteria … and, accordingly, should not have been granted licences to participate in the AFC Champions League 2022,” the AFC said.

Esteghlal, who were also kicked out of the 2007 edition for failing to submit their players’ list on time, had been due to feature in the qualifying rounds.

Gol Gohar Sirjan did not qualify for the competition but the sanction means they cannot be nominated as a replacement for either of the excluded teams. Replacements for Persepolis and Esteghlal will be announced shortly.