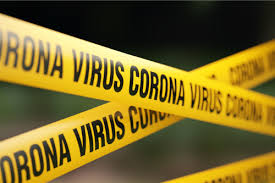 January 7 – Ajax Amsterdam have abandoned their training camp in Portugal following an outbreak of coronavirus infections. They follow in the footstep of PSV, Feyenoord and a slate of Belgian clubs who decided to cancel their winter camps altogether.

In a statement, the Dutch club wrote that “Ajax has decided to abort their training camp in the Algarve, effective immediately. This is due to a number of positive corona test results from tests that were taken at the team hotel. Of the group of more than 60 people, consisting of players and staff members, everyone had a negative test result in their first tests shortly prior to departure for Portugal.”

The Eredivisie’s winter break ends next week and with a return to action against FC Utrecht on January 16, the Amsterdam club doesn’t want to take any further risks. The players and staff had travelled to Portugal on Monday.

PSV Eindhoven cancelled their camp in Marbella, Spain, following a number of positive Covid-19 tests. Feyenoord didn’t travel to Spain for similar reasons, but the Rotterdam club still wants to play a friendly against Belgium’s Club Brugge at the weekend in Marbella.

In Belgium, Anderlecht, STVV, Eupen, Racing Genk and Antwerp were among the clubs to annul their winter break abroad because of coronavirus concerns.

“Given the situation regarding the rapid spread of the Omicron variant, we have decided today to cancel the camp in Dubai,” said Antwerp.