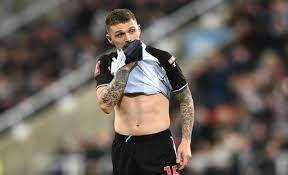 January 10 – Just weeks after hopes were raised of a new dawn when the club was purchased by a cash-rich Saudi-led consortium, albeit highly controversially, English sleeping giant Newcastle United are back in the headlines for all the wrong reasons – on and off the pitch.

In a new twist to the takeover, ex-owner Mike Ashley is reported to be suing the woman who sealed the deal, financier Amanda Staveley, and husband Mehrdad Ghodoussi.

The Mail on Sunday newspaper says Ashley, who owned the club for 14 years, is taking legal action against the pair three months after the £305 million sale. Details of the case have not been revealed.

The club was purchased by an investment group comprising the Saudi Public Investment Fund – which has taken an 80 per cent share – RB Sports & Media and PCP Capital Partners of which Staveley is chief executive.

Meanwhile, relegation-threatened Newcastle, who are expected to try and spend their way out of trouble in the current transfer window, are reeling from falling victim to one of the great FA Cup upsets on Saturday.

The Magpies were beaten 1-0 at home in front of 52,000 expectant fans by third tier Cambridge United, a sobering start for their new £12 million signing, England fullback Kieran Trippier.

Also crashing out of the competition at the third round stage, when Premier League clubs enter, were 14-time winners Arsenal – humbled 1-0 at Championship club Nottingham Forest.