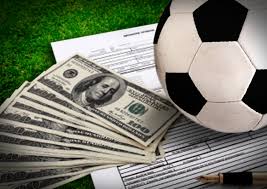 January 14 – Football’s often uncomfortable relationship with sports betting and the promotion of online bookmakers has been highlighted again in two separate moves in Germany and the UK.

In Germany supporters group Unsere Kurve (‘Our Curve’) has issued a set of demands to clubs and German authorities relating to sports betting sponsorship and TV advertising.

The demands include a ban on sports betting advertising in stadiums, across sports related media and other ‘object-related’ areas of the sector and a ban on operators entering into partnerships with athletes, officials or other public figures.

Citing the high profile advertising campaign from online sports betting operators that have followed a deregulation of the sports betting market in Germany, the fan group says that there must be more protection for vulnerable.

They want 50% of income from existing advertising and sponsorship contracts with sports betting operators to be channelled into state-recognised treatment and prevention programmes.

The English FA is taking to stop bookmakers streaming any live FA Cup matches. The move comes as pressure builds on the removal of shirt sponsorship by gaming businesses. The UK government is due to meet the Premier League and the EFL to outline its position.

Previously IMG was allowed to sell streaming rights to bookmakers – six firms had contracts as part of a six-year deal signed in 2017, as the governing body finalises the sale of a new TV rights deal for its flagship competition.

Though the rights were not sold exclusively to the bookmakers, 23 of 32 FA Cup third-round ties were, as reported by the Daily Mail, streamed live via bet365’s desktop and mobile app sparking a wave of protest that the FA was encouraging gambling.

The current deal runs until the end of 2023/24 but the FA is unlikely to renew this broadcast rights category.