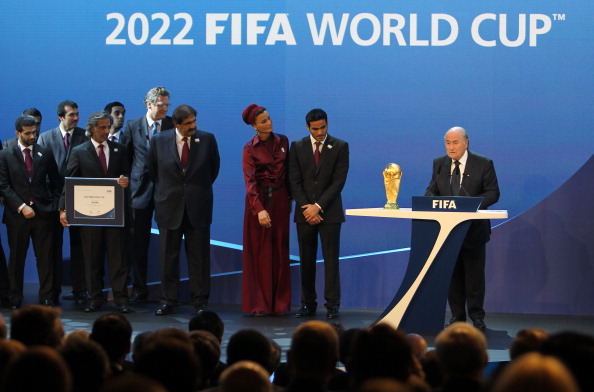 January 14 – Former FIFA secretary-general Jerome Valcke has been questioned by French authorities over the award to Qatar of the 2022 World Cup.

Le Monde reports that Valcke was questioned by French magistrates as a prosecution witness. This follows prosecutors questioning of former FIFA president Sepp Blatter in November.

In 2016, the world federation dismissed Valcke and he was later banned from the game for 12 years after accusations that he sold World Cup tickets on the black market as well as allegations over abuse of expenses and corruption in the sale of TV rights. Valcke was found to have breached the FIFA Ethics Code on seven counts.

Valcke had long been Blatter’s right-hand man, delivering the World Cup in both South Africa and Brazil. Valcke’s presence at FIFA was in itself remarkable. In 2007, he had to quit as director of marketing, accused of lying by a US judge during contract negotiations with Mastercard.

The focus of the French investigation, opened in 2019, is on how Qatar won the World Cup hosting rights on a frosty December afternoon in Zurich in 2010, after months of a prolonged bidding war. Valcke is reportedly being interviewed as a prosecution witness.

The United States were the heavyweight candidates to land the 2022 World Cup, but it was Qatar, much to the dismay of the football establishment, observers, media and fans, that the FIFA Executive Committee favoured.

Valcke had lobbied against the World Cup 2022 going to Qatar.

The French investigation is looking into whether there was a corrupt pact between the three that would see Platini vote for Qatar at the request of Sarkozy. It was after this meeting that PSG  was bought by Qatar Sports Investments (QSI), until then been owned by the Colony Capital fund, whose representative in Europe was Sébastien Bazin, a friend of Sarkozy, reports Le Monde.

Valcke has since been embroiled in Swiss court cases relating to the forging of documentation concerning World Cup broadcasting deals in Italy and Greece. He was handed a suspended 120-day suspended jail sentence and ordered to pay FIFA €1.75 million in restitution. He denies the charges and has appealed the sentence.

Alleged links to Qatar-owned beIN Sport via a villa supposedly provided by third-parties associated with and on the request of beIN Sport boss Nasser Al-Khelaifi, were never proven.

In March, Valcke and Al-Khelaïfi are due to appear before the Swiss Federal Criminal Court (TPF), in Bellinzona, for an appeal made by Swiss prosecutors in connection with the granting of television rights to the 2026 and 2030 World Cups to BeIN.