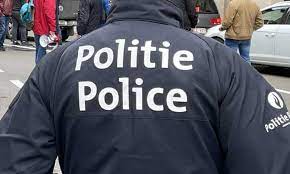 On Friday, Belgian media revealed that ‘Clean Hands’ has reached a new stage, with court summons issued for 57 top administrators, referees and coaches.

They include active administrators at six top-flight clubs. The charges include fraud, forgery and taking part in a criminal investigation. The prosecutor’s office didn’t offer any comment.

In October 2018, Belgian authorities raided 44 Belgian clubs and residences across the country in an investigation into match-fixing and corruption while a further 13 searches took place in France, Luxembourg, Cyprus, Montenegro, Serbia and Macedonia. Dejan Veljkovic, a suspect and an agent with a dubious reputation, is collaborating with the prosecutor.

Veljkovic’s testimonies allowed the prosecutor to expand the investigation, but in a deal with the judicial authorities, he will be given immunity from prosecution.

Other high profile figures implicated include Mogi Bayat, an influential agent, who will be prosecuted for forgery. The prosecutions also reach into the pool of match officials with referees Sebastien Delferière and Bart Vertenten also been named among the 57.

“Club Brugge has today taken note of the reports regarding the claims in the investigation ‘Clean Hands’,” wrote Club Brugge in a statement. “The legal advisers appointed by the club will take note of this and take the necessary steps.”

OH Leuven said: “OH Leuven takes note of the new media reports in which the club is mentioned. The alleged facts date from before the takeover of the club by King Power. OH Leuven awaits the further course of the legal proceedings and expresses its confidence in the functioning of the court.”

“This is not a surprise, but our hearts as football fans bleed,” said the CEO of the KBVB Peter Bossaert. “We will first take the time to analyze the case, but we want to emphasize that we will take our responsibilities.”

Dozens of coaches and players however have escaped prosecution, but remain under investigation by tax authorities.