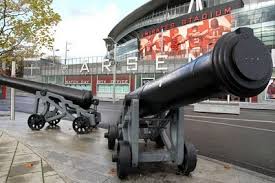 It has become a regular occurrence but at the weekend it reached farcical proportions, leaving thousands of fans in the lurch, resulting in an unprecedented backlash and even prompting calls for a full investigation.

In the latest postponement of a top-flight English fixture because of coronavirus, the Premier League took it upon themselves to sanction the north London derby between Tottenham Hotspur and Arsenal being called off following a plea by the visitors – a plea that had little to do with players struck down by Covid-19 and everything to with a myriad of other reasons, most if not all of them self-inflicted.

The fixture was the 20th in the Premier League to be postponed since December 12, ostensibly due to lack of available players. And whilst it may not seem fair to single out Arsenal since other teams have also been accused of trying to gain an unfair advantage when their squads are depleted, this one surely took the biscuit.

Arsenal may not have broken the letter of the law which says a team can call for a postponement if fewer than 13 outfield players and a goalkeeper are available. But they totally shattered the spirit of the law which, of course, is an ass.

By all accounts, they had only one – repeat ONE – player unavailable because of Covid. Some reports made that two, but no more. The rest were missing because of injury – which all teams suffer – suspension, players out on loan and no fewer than four on international duty at the African Cup of Nations.

None of these were acceptable reasons for calling off one of the most eagerly awaited fixtures in the English football calendar, not just in the UK but for television viewers across Europe and beyond.

Everyone knows full well why the 13-player rule was brought in: a noble gesture to help clubs with a Covid crisis in their ranks.

Not to be cynically exploited in order to buy time.

Yet in one fell swoop Arsenal set a dangerous precedent. To say the whole episode stank to high heaven is an understatement.

It’s an insult to most people’s intelligence that one of the country’s biggest teams couldn’t muster enough players to  go out on the pitch. After all, the Premier League is supposed to be the richest league in the world.

Could it just be that Arsenal had one eye firmly fixed on this Thursday’s evenly balanced Carabao Cup semi-final second leg against Liverpool?

No wonder their rivals in the blue half of north London were furious and demanded consistency. When Spurs recently had a genuine spate of positive Covid cases, they were thrown out of Europe by UEFA for not fulfilling their fixture against Rennes.

Whether they should have bitten the bullet and played the game with second-string resources can certainly be argued. Yet Arsenal gained a Premier League reprieve even though they had a minimal number of Covid-hit players.

Spurs believe there are now “unintended consequences” of manipulating the rules.

“We may now be seeing the unintended consequences of this rule. It is important to have clarity and consistency on the application of the rule.”

To add insult to injury, one English national newspaper produced a graphic which showed that Arsenal, even with their absentees, could still have fielded a team that cost more than the entire anticipated Tottenham line-up.

As never before, a string of pundits waded in. “What started out as postponements due to a pandemic has now become about clubs not having their best team,” tweeted television analyst Gary Neville who has no allegiance to either north London club.

Don’t get me wrong. Everyone would agree that competitive edge is paramount. Yet look how Leeds United behaved the same weekend. They really WERE hit by Covid, they too had injuries but opted to play their fixture at West Ham and guess what? They came away with a victory even though at one point they had a raft of inexperienced teenagers on the field and their bench featured just one senior player.

Wolverhampton Wanderers manager Bruno Lage says he, like Leeds, would “prefer to play” even if means calling up academy players. And Troy Townsend, head of player engagement at the Kick It out organisation, was quoted as saying: “The credibility of this season’s league is shot to pieces. The Premier League has given license to clubs to say talented young players cannot be trusted even to sit on the bench.”

As usual it’s the fans who suffer most. The Arsenal situation has caused such a stir that an on-line petition has been launched calling for a full investigation into Sunday’s postponement.

At the very least the rules relating to postponing matches need urgent tweaking. Because right now angry and disillusioned supporters are being alienated – supporters who are buying expensive tickets and arranging often long journeys, only to have their plans wrecked.

The Premier League has so far responded by saying their postponement rules were designed “to protect the wellbeing of players and staff, while maintaining the sporting integrity of the competition.”

Really? There is now a strong argument to suggest the opposite is the case. In other words that any such integrity has been well and truly kicked into touch.