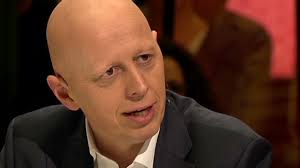 January 17 – Belgian authorities want FIFA technical director Steven Martens in court. He was named as one of 57 football administrators, coaches and referees that the federal prosecutor wants to charge as part of operation ‘Clean Hands’, the largest investigation into match-fixing and corruption in the history of the Belgian game.

Martens, a former CEO of the Belgian FA (KBVB), was named alongside the former KBVB chairman François De Keersmaecker and the national team’s current goalkeeping coach Erwin Lemmens by the federal prosecutor.

Between February 2013 and the summer of 2014, Lemmens was paid through a fictitious management agreement with the Cypriot company Beneyug Sport Management Ltd, according to Belgian media. In total, the fabricated invoices had a value of €52,000.

The prosecutor however sees the case differently, with charges of forgery for the three. Lemmens could also face charges of money laundering.

In 2015, Martens departed the KBVB under a cloud. A year earlier, the Belgian FA generated revenue of €61 million as the national team caught the imagination at the World Cup in Brazil, but an internal audit revealed that the KBVB closed out 2014 with a deficit of €206,000.

There were also questionable contracts issued by the federation, including one with Bonka Circus – the content production business owned by Vincent Kompany – and advertising agency Boondoggle. Martens’ policies were alleged to be costly and not transparent.

Local media reported that Martens awarded top managers and himself bonuses on top of substantial salaries between of €200,000 and €400,000 and that he did not resign voluntarily, but was pushed to the exit door by then KBVB chairman De Keersmaecker. Martens received a severance payment of €336,000, the equivalent of his annual salary, according to Belgian media.

Martens never made it a secret that he wanted to climb the footballing ladder and work at the international level, but how his perceived management at the KBVB fit the job requirements for a role at FIFA has always remained shrouded in mystery.

In 2017, he was appointed the technical director at the world federation. Recently, he has been a part of FIFA’s push for a biennial World Cup.

Martens didn’t respond to a request for comment from Insideworldfootball.