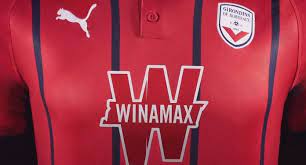 January 18 – French Ligue 1 club Girondins de Bordeaux have ended their shirt sponsorship deal Winamax after the club decided it had had enough of a series of mocking tweets from its online bookmaking partner.

Winamax, which only started its sponsorship this season, was reportedly paying €1.3 million for the season. Girondins have replaced Winamax with Coeur Marine & Blanc, though at a lower value.

Thomas Jacquemier, Chief Operating Officer, at Girondins, said: “We are terminating our partnership contract with Winamax, whose communication had dissociated itself from the club through videos or tweets about the last match. We have humour but here we are not in the spirit of a partnership.”

Winamax’s mocking tweets had been taking place over a three-month period, which saw more than 20 tweets poke fun at the club that is currently in 19th position in Ligue 1.

Girondins eventually cracked – presumably the objective of the Winamax tweeters – and replaced their shirt sponsor.

Winamax responded to their removal by tweeting: “We’ve been looking for a good defense for 1 hour but like the Girondins, we can’t find it.”