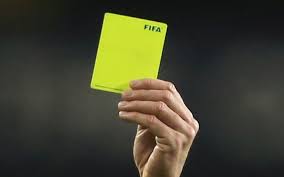 January 18 – An amnesty for yellow cards in European qualifying for the World Cup has lifted the threat of suspension for dozens of players involved in the playoffs in March.

UEFA had asked FIFA to help wipe the disciplinary records of players from the 12 European teams involved in the playoffs who were set to carry over a single yellow card collected in group-stage qualifiers.

Eight of those 12 have cautions hanging over them, with the threat of a second yellow incurring a suspension.

But the new guidance means no player can be suspended for the three play-off finals if they pick up a yellow card in the six semi-finals played five days earlier.

The ruling potentially helps around 100 players however the amnesty does not reprieve players such as Sweden’s Zlatan Ibrahimović who are already suspended for the playoff semi-finals because of getting two yellow cards in the group stage.