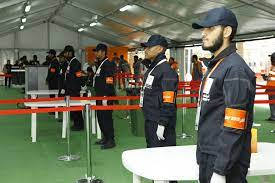 January 19 – Turkey say they will send 3,250 security officers to Qatar for the World Cup in November this year.

According to Interior Minister Suleyman Soylu, those to be deployed during the tournament will comprise 3,000 riot police officers, 100 Turkish special forces, 50 bomb detection dogs and their operators, 50 bomb experts and other staff.

“At this event, which over a million fans from across the world are expected to attend, our personnel will ensure security,” he said.

Soylu added that Turkey has already trained 677 Qatari security personnel in 38 different professional areas, without elaborating on the specifics.

Turkey and Qatar have strengthened ties in recent years, with Ankara backing Doha in its dispute with other Gulf states.

Both sides have frequently cooperated on commercial, military and economic issues.