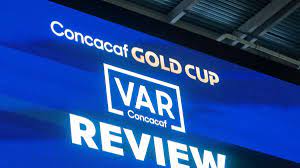 January 20 – Concacaf has said it will roll out the use of VAR across all January and March World Cup qualifiers as well as a number of other national team competitions this year.

Concacaf first brought in VAR for its 2021 Concacaf Nations League Finals, the 2021 Concacaf Gold Cup. While the introduction was deemed a success, referees were still at times seemingly reluctant to go to VAR.

Concacaf has taken the decision away from them saying that the system will also be used at the Men’s and Women’s Concacaf U20 Championships and Concacaf W Championship.

This year sees the first of Concacaf’s revamped women’s competitions with the eight-team Concacaf W Championship in July 2022, being the showcase event. The host for the finals is still to be announced – VAR will be brought in for the whole competition.

The main reason for the comparatively slower roll-out of VAR across Concacaf’s competitions has been a dearth of qualified officials.
Concacaf said “it has been working for the past three years towards introducing VAR in its competitions with multiple training and development opportunities for elite referees in our region.”
In May 2021, Concacaf hosted an elite VAR course in Costa Rica for referees from across the region. This course included 40 competitive matches played solely for the purposes of VAR training and development. The confederation said it now has “a large enough pool of VAR qualified referees, and VAR certified venues.”