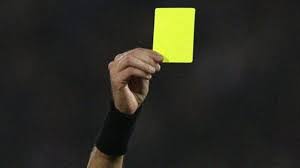 January 20 – The English FA has opened an investigation into suspicious betting patterns around a yellow card issued to an Arsenal player in a match played before Christmas.

A number of bookmakers reported the player and the incident to the FA after an unusual volume of bets were placed on the player picking up a yellow card.

The player’s name has not been released but he is believed to be an overseas European player.

Suspicious betting patterns in the Premier League are unusual, but it is unlikely that the Arsenal yellow card incident is a result of organised crime activity targeting the individual or this match.

The reason being that the big money bets and betting markets with the most liquidity are not generally in spot fixing (yellow/red cards, corners, throw ins) but in the Asian handicap markets, total goals and final score markets.

Premier League players are paid so much money that it is hard to incentivise them financially to fix a game.

Most of the sports betting monitoring and investigation by the English FA is focussed around players who are caught betting on games. Players in the top five men’s professional leagues and the top two women’s leagues in England are banned from betting on any match or competition wherever it takes place in the world.