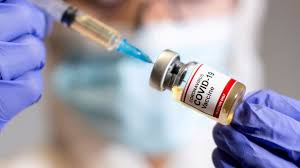 January 24 – Players will have to be vaccinated against Covid-19 to play in the Brazilian top flight, the Confederation of Brazilian Football (CBF) has announced.

The CBF has been monitoring the pandemic closely and in an update of requirements for clubs, the governing body has mandated that players are jabbed against the virus. “One of these is the obligation to present a full vaccination certificate against COVID-19 to the CBF’s Medical Commission,” said the CBF in a statement.

If an athlete or member of the technical staff of one of the clubs doesn’t present the vaccine certificate, he will be prevented from participating in matches that fall under the CBF umbrella, including the national championships as well as the Copa do Brasil.

The vaccination will be considered ‘full’ 14 days after the second dose, or the single dose. The requirement will not free clubs and players from mandatory Covid-19 tests.

“The CBF reiterates the adoption of the measures recommended by the health authorities and directly contributes to ensuring that activities take place in a responsible, safe and timely manner in each location, aware of the inhomogeneous transmission pattern throughout the national territory,” wrote the body in its medical guide for 2022.

Brazil coach Tite said he omitted defender Renan Lodi from the squad because he was not fully vaccinated.

The national championship will get underway in the second week of April.