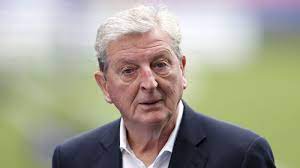 January 26 – Roy Hodgson has come out of retirement to lead Premier League club Watford. He will be tasked to steer the Hornets, 19th in the Premier League table, to safety.

Hodgson retired from the game last season when he left Crystal Palace saying that it was time to “step away from the rigours of top-flight Premier League football”,  but the former Liverpool and England boss is back at the helm of an elite club after Watford dismissed Claudio Ranieri on Monday.

The Watford hierarchy didn’t wait long to bring in their new man, the 15th managerial change since the Pozzo family took over the club in 2012.

Under the Italian, the London club dropped into the relegation zone and Hodgson’s will have to ensure Watford’s survival in his new role. He will debut at Watford on February 5 against the league’s bottom club Burnley.

Hodgson has been in football for half a century. Watford becomes the 17th club he has managed.  He has also managed internationally, most famously in a four-year spell with England that ended at Euro 2016 were his team slumped to an infamous last-16 defeat at the hands of Iceland.

The new Watford manager is understood to have signed a six-month contract and at the age of 74, extends his own record as the oldest person to manage in the Premier League. Before passing the reins at Crystal Palace on to Patrick Viera this year, he spent four years at the club, joining them in September 2017 when they were bottom of the table. Despite losing his first three games in charge, Palace finished the season 11th.

Hodgson has ample experience in battling relegation, having coached Fulham and West Bromwich Albion in similar situations. He will have the best of two weeks to prepare his team for his first match in charge, the all-important relegation battle with bottom club Burnley.