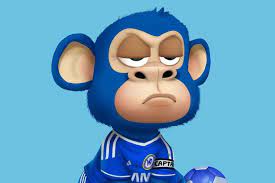 The former Chelsea captain has been promoting non-fungible tokens (NFTs), including posts with images of Premier League and UEFA trophies. NFTs are non-interchangeable unique digital assets traded in cryptocurrencies and verified by a blockchain, a form of digital ledger.

“UEFA takes the protection of its intellectual property rights seriously and we are investigating this matter further,” said UEFA.

Chelsea are reportedly also looking into Terry’s posts as some have included images of the club’s badge. The promoted NFTs are cartoons of baby apes. Terry holds a consultancy role in Chelsea’s academy and has been promoting ‘Ape Kids Club’ NFTs on Twitter.

‘Ape Kids Club’ NFTS are an offshoot of another popular NFT, the ‘Bored Ape Yacht Club’. The collection contains thousands of digital illustrations of cartoon apes.

In recent months, the football industry has tapped into the cryptocurrency market at large, with clubs ‘offering fans’ a new way of engagement, but critics of the sponsorships argue that there are too many dangers in promoting an unregulated financial sector and that NFTs, in essence, tokens, are not beneficial at all to fans.