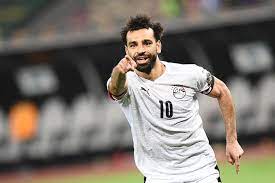 January 27 – Equatorial Guinea upset Mali 6-5 on penalties after a goalless draw to complete the last-eight field at the Africa Cup of Nations along with Egypt, who also needed a shoot-out to defeat Ivory Coast.

It was a night of heartbreak for West Africa as first Ivory Coast and then Mali exited the continental finals. The Malians had dominated their match from start to finish but failed to capitalise on any of their numerous clear-cut chances.

In extra-time, Equatorial Guinea grew in confidence and in the penalty shoot-out goalkeeper Jesus Owono became the hero for the Nzalang Nacional with two saves. It is only Equatorial Guinea’s third participation in the continental finals, but also the third time that they have reached the quarter-finals. In 2015, they finished fourth on home soil.

In the other last-16 match, Liverpool star Mohamed Salah was the hero of the evening for the North Africans after a tense 120 minutes without goals and a penalty shoot-out in which Eric Bailly, who had played a formidable match, stepped up all too casually to see his penalty saved by substitute goalkeeper Gabaski. The Pharaohs captain made no such mistake to set up a quarterfinal tie with Morocco on Sunday.

The North Africans had the better of the match on a poor surface at Douala’s Japoma Stadium, with Omar Marmoush rattling the crossbar and forcing saves from Ivorian goalkeeper Badra Ali Sangare. They showed the fighting spirit that had been missing from their lacklustre group-stage matches.

The quarter-final at the Olembe Stadium will take place at Yaounde’s other Africa Cup of Nations venue following the deadly crush that killed eight at the Cameroon vs Comoros group game.

“The CAF Afcon organising committee also requires the assurance and guarantee that appropriate and adequate interventions and measures have been implemented to ensure that a similar incident will not occur at the Olembe Stadium,” said a statement from CAF.