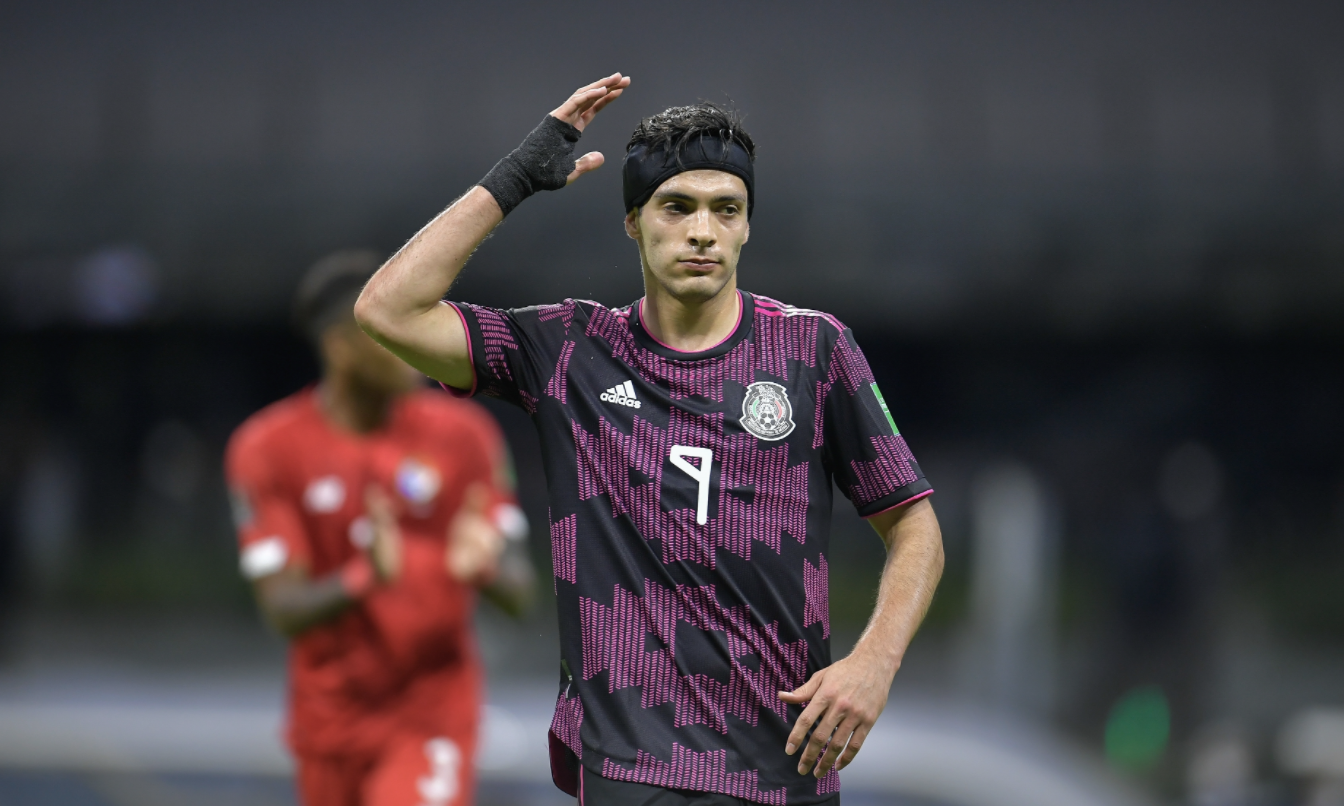 February 3 – Mexico returned to winning World Cup qualification ways with a crucial 1-0 win over their nearest rival Panama for an automatic spot at Qatar 2022.

With three matches to play, Mexico are level on points with second place USA but importantly four points ahead of Panama who are fourth and in the inter-continental paly-off position.

Canada now need just one win to secure their passage to Qatar 2022. They beat El Salvador 2-0 to maintain their four-point advantage over the US and Mexico, and are eight points ahead of Panama.

Mexico had to work hard for their win in the Azteca Stadium. Panama started strongly forcing a goalline clearance by Hector Herrera and a series of saves from goalkeeper Guillermo Ochoa to keep the scores level at 0-0 at half time.

The second half saw Mexico take control but it wasn’t until the 80th minute that they secured the win with Wolverhampton Wanderers striker Raul Jimenez (pictured) scoring from the penalty spot.

It was a hard blow for Panama who had their hold on the inter-continental play-off spot cut to a point by Costa Rica who continued their resurgence with a 1-0 win in Jamaica.

After a scoreless first half that saw Costa Rica goalkeeper Keylor Navas called into action several times, a goal from Joel Campbell in the 62nd minute gave Costa Rica victory over Jamaica at the National Stadium in Kingston.

In the 61st minute Jamaican keeper Andre Blake saved a penalty for Celso Borges. A minute later Borges made amends playing a ball over the top for Campbell to score.

It has been a good international window for the Costa Ricans who brought themselves back into contention for Qatar 2022 qualification with wins over Panama and Jamaica and a draw away to Mexico.

Both Costa Rica and Panama face Canada and the US in the final three-match qualification window in March.