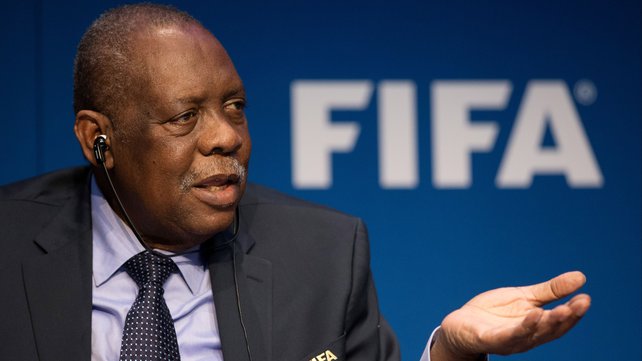 The decision was taken on the eve of the Africa Cup of Nations final in Cameroon, enabling Hayatou to attend the final in his own country.

CAS said it upheld Hayatou’s appeal because “there was insufficient evidence” of misconduct in a media rights deal that the Cameroonian brokered with French media company Lagardere.

It was the largest deal in the history of African football, worth $1 billion over 12 years, but FIFA ruled that Hayatou had violated his fiduciary duties when he didn’t report a $1.2 billion offer from Egyptian media company Presentation Sports.

“Following its deliberations, the Panel found that there was insufficient evidence to establish a violation of the Fifa Code of Ethics which would justify the sanctions imposed on Issa Hayatou by Fifa,” said Cas in a statement. “As a consequence, the CAS Panel upheld the appeal and set aside the challenged decision.”

Hayatou was CAF president for 29 years before FIFA-backed Ahmad Ahmad dethroned him in 2017. The Cameroonian also served as FIFA vice-president and interim-president after Sepp Blatter departed Zurich in 2015 and established the principles of the reform process following the FBI interventions in the governing body in May 2015.

Hayatou always defended himself from FIFA’s allegations that he had signed “an anti-competitive agreement”, claiming that the Presentation Sports offer was never serious.

Even so, FIFA’s ethics committee banned him for a year in 2021. By then the contract with Lagardere has been cancelled after FIFA had sent Fatma Samoura to Africa.

The ban on Hayatou, who now has very little involvement in football, effectively kept him away from the AFCON tournament Cameroon was hosting. His presence and long history in Cameroon and African football seemingly a distraction for the new leaders of African football, their FIFA masters and their own African agendas.

Patrice Motsepe currently heads CAF.  Last year, he won the presidential elections by acclamation, reportedly with the strong backing of FIFA president Gianni Infantino who crisscrossed the continent in the weeks leading up to elections.

Hayatou’s successor Ahmad barely lasted a controversial term in office and has since been banned by the FIFA ethics committee.