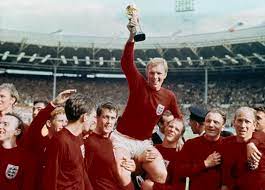 And so it goes on. While Italy, France, Germany and Spain have all hosted the World Cup in the last 40 years, the other member of Europe’s so-called Big Five elite – England – remain outside looking in, conspicuous by being overlooked when it comes to staging football’s greatest show on earth.

No matter how legitimate the reasons (excuses?) that were put forward by the UK and Ireland for ditching a joint 2030 World Cup bid in order to concentrate on Euro 2028,the fact remains that the country widely regarded as having some of the most modern stadiums on the planet and a domestic product worshipped by billions of fans worldwide isn’t even in the running for the global showpiece – a pretty damning assessment.

Doubts over FIFA’s push for a biennial World Cup, still apparently on the table, seems to have contributed to the decision to opt out of 2030 and switch focus to Euro 2028.

Fair enough, yet there is something distinctly underwhelming about the reasoning, especially given that England had eight games, and Scotland four, when the delayed Euro 2020 was staged across Europe last summer – whereas the World Cup has not come to British shores for over half a century.

Perhaps the powers that be finally realised, feasibility study or not, that when UEFA president Aleksander Ceferin made it clear ages ago that he favoured one sole bid from the continent for 2030, he meant it. Perhaps they finally got it in their heads that a joint bid from Spain and Portugal was always more likely to get the nod. And in all likelihood, they finally grasped that in any case South America is a pole position given that 2030 will be the centenary of the first World Cup, held in Uruguay.

In which case, why not admit that in the first place?

FA chief executive Mark Bullingham explained: “I think we’ve been very clear as have all the UEFA countries – we didn’t think that a  biennial World Cup either in men’s or women’s was a good idea. We don’t believe that they’ll come to fruition. So we’re stepping back again. We looked at the two opportunities in front of us and the 2028 Euros is very clear as an opportunity. A very clear timeline.”

All very understandable comments but still not quite totally convincing. Ask most fans which event they’d prefer to see in their country and chances are they’d pick the global one.

Yet right the way up to 2030, and most likely for some time beyond, the history books will show that the country which many believe (rightly or wrongly) gave football to the world will have itself only staged the sport’s most prestigious tournament once.

The Euros may these days be potentially more commercially lucrative and arguably even harder to win than the World Cup, but there is still a unique anticipation and excitement about hosting he global spectacle.

England has no divine right to stage the World Cup, as many a bid committee has found to its cost in recent years. But the fact the country hasn’t even had a decent shot at it since 1966 is a sad indictment given the infrastructure, fan base and  passion – however strong the argument that hosting Euro 2028 might prove a more viable proposition.