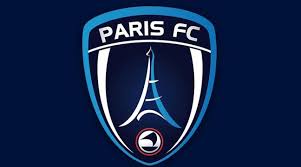 February 8 – Ligue 2 club Paris FC is poised to announce a new investor from Armenia in a reshuffle of their ownership structure.

The group reportedly represents Armenian interests and will be accompanied by the sports betting company Vbet.

Ferracci, the founder of the Alpha Group, remains the main shareholder of the club, but in 2020 the Kingdom of Bahrain acquired a 20% stake to provide new funds for Paris FC. Last year, Anglo-Sri Lankan telecommunication company Lyca Mobile obtained a 10% stake.

After 23 match days, the club sit in second place in the Ligue 2 table, on 44 points, a point behind league leaders Toulouse.

Paris FC last played in the top flight in the 1978-1979 season. Across town, Paris Saint-Germain have spent hundreds of millions in a bid to win the Champions League ever since the club was acquired by QSI in 2011.