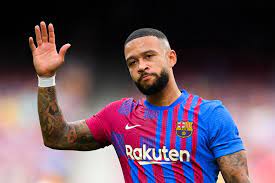 February 8 – Financially challenged Barcelona are reportedly on the verge of agreeing a €280 million shirt and training kit deal with streaming service Spotify.

The new three-year deal would see Spotify replace Rakuten on the club playing shirt for men’s and women’s and Beko on training kit. The new sponsorships would start with the 2022/34 season.

The Spanish reports also say that Spotify is also in negotiation over the naming rights to Barca’s Nou Camp stadium which is being redeveloped as part of the Espai Barça project. The build is currently being financed via a €1.5 billion loanin negotiation with Goldman Sachs who will securitise their commitment against the infrastructure with repayment of the loan to take place over 35 years, but not starting until five years’ time when the development should be complete.

Rakuten were paying Barca €55 million per season in a deal that began 2017-2018 and ran through to 2020-2021. Having agreed a one-year extension, that was reduced to €30 million for the 2021/22 season after an extension clause was triggered within the previous deal.

Rakuten were reportedly unhappy with the management of the club and believe that they had not received the value their sponsorship was contracted to deliver and that “objectives” in the initial agreement had not been met.

Barcelona’s deal with Beko is also a reworked partnership, having been extended to cover the current season but in which Beko dropped its sleeve sponsorship position. The new deal reportedly saw the Turkish electronics brand pay €10 million to continue as the club’s training partner – a drop of almost 50% down from the €19 million Beko paid under the previous sponsorship terms.

A Spotify deal will bring a much more joyful tune to Barca’s financial outlook. The club’s last financial report pegged its debt at €1.3 billion and a wages to income balance of 103%.

The club were forced to lose Lionel Messi in the summer to reduce their wage bill but suffered on the pitch as they were knocked out of the Champions League in the group stages and currently sit in fourth place in LaLiga, 15 points off the lead.