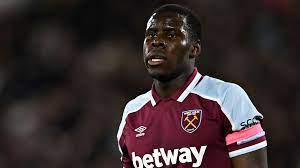 February 11 – West Ham United’s French defender Kurt Zouma has been dropped by kit manufacturer Adidas in response to footage of the defender attacking one of his cats.

Zouma has also been fined two weeks’ salary (£250,000) by his club while an animal welfare charity has taken custody of both his pets.

The viral video filmed by Zouma‘s brother Yoan and posted on social media showed him dropping the tabby cat and kicking it across the floor. He is also seen slapping the animal and hurling a shoe at it, before chasing it around his property.

“Kurt is extremely remorseful and, like everyone at the club, fully understands the depth of feeling surrounding the incident and the need for action to be taken,” West Ham said in a statement.

“The player has immediately accepted the fine and has requested that it is donated to animal welfare charities.”

But Adidas said it had concluded its own investigation and decided Zouma would no longer be a “contracted athlete”.

The insurance and investment company Vitality have also announced they are suspending their sponsorship of West Ham over the club’s initial response to the video. Although West Ham condemned Zouma for the abuse, they promptly played him against Watford on Tuesday.

“We were very distressed by the video we have seen of Kurt Zouma. At Vitality, we condemn animal cruelty and violence of any kind. We are hugely disappointed by the judgement subsequently shown by the club in response to this incident and as such, we are suspending our sponsorship of West Ham with immediate effect,” Vitality said in a statement.