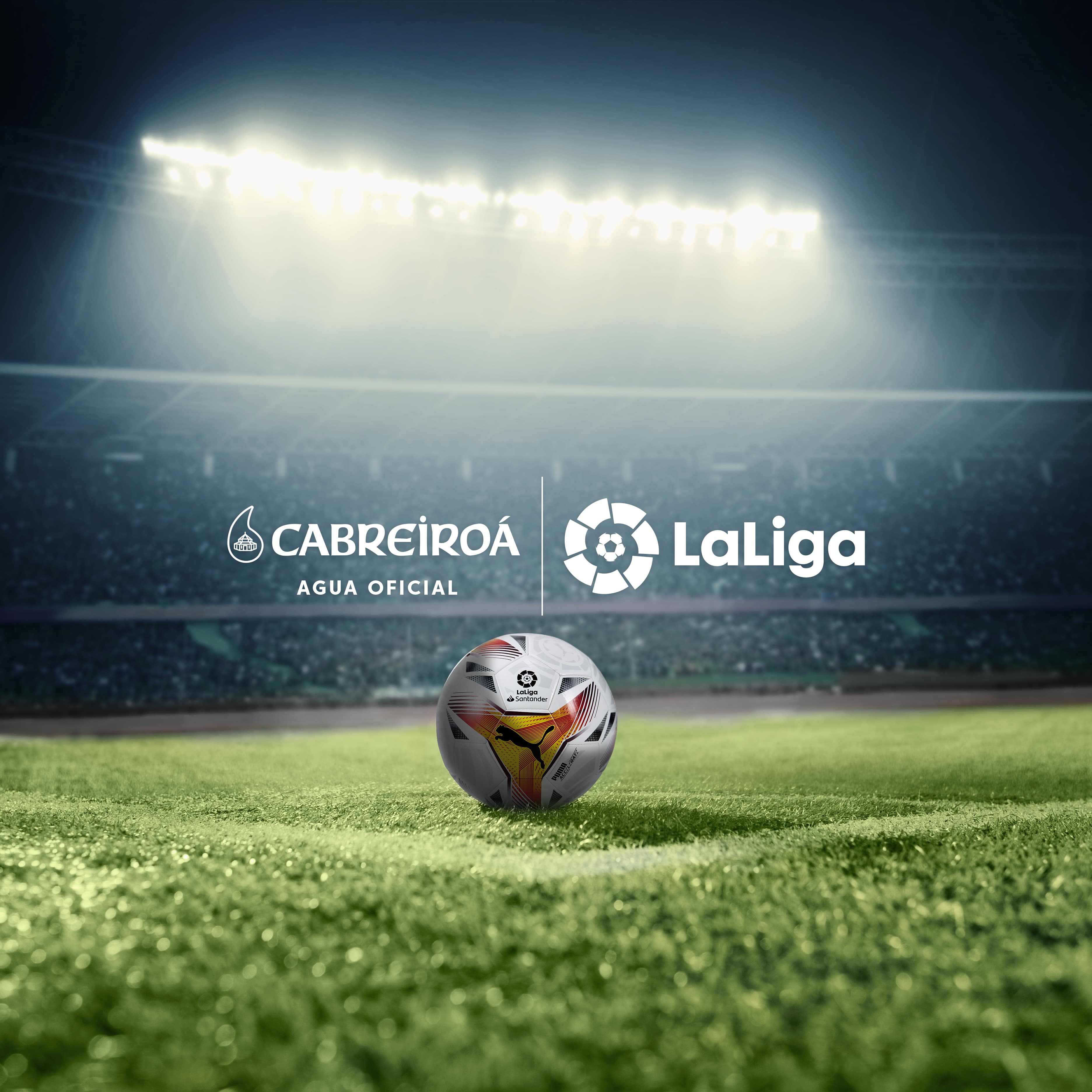 The deal for the Santander, LaLiga Smartbank and LaLiga Genuine Santander will run until the end of and will give  thebrand an in-stadia presence across all LaLiga’s teams.

Óscar Mayo, executive general director of LaLiga, said: “This partnership allows two leading brands such as Cabreiroá and LaLiga to share synergies. As a result, we both continue to reinforce two of our trademarks, the commitment toinnovation and sustainable development.”

The new deal is the reigniting of a relationship Cabreiroá had with LaLiga in the 2014/15 and 2015/16 seasons. The   Galician brand Is the official water for a number of  LaLiga clubs including RC Celta, Real Valladolid CF and SD Ponferradina.

Santiago Miguélez, Marketing Director of Iberia for Hijos de Rivera, points out that, “The progression and growth ofLaLiga in recent years means that we are convinced that this agreement will provide another boost to the national growth of Cabreiroá and will reinforce its standing in the field of hydration for sportsmen and sportswomen.”