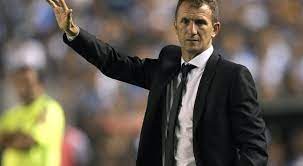 February 13 – The United Arab Emirates (UAE) have replaced Bert Van Marwijk with Rodolfo Arruabarrena a month before crucial World Cup qualifiers on the road to Qatar 2022.

In a whirlwind few days and renewed show of short-term thinking, the UAE Football Association dismissed their Dutch national team coach and tasked the Argentina Arruabarrena with re-energising their qualifying campaign for the World Cup. Formerly of Emirati clubs Al Wasl and Shabab Al Ahli, he has signed a contract that will take him through to the 2023 Asian Cup in China.

“You know already that I don’t like to talk a lot, but to work a lot, with serious work,” said Arruabarrena in a news conference at his presentation. “I am expecting my technical staff to be here soon to start working as soon as possible – to achieve the best performance as quickly as possible.”

“We want to take the chance that we have to qualify and make the best use of the current situation of the team. Everything is possible in football.”

The UAE have missed out on a direct ticket to the World Cup, but are in pole position for an intercontinental playoff ticket against Australia.

Last year, Van Marwijk had been reappointed for a second spell.  However, under the Dutchman, the UAE never convinced. They exited the Arab Cup last month following a 5-0 thrashing at the hands of rivals Qatar and in World Cup qualifying the UAE were knocked off course all too soon.

In March, the UAE, who qualified for the 1990 World Cup, will play Iraq away and South Korea at home in their final two World Cup qualifiers, having a three-point cushion ahead of fourth-placed Lebanon, with Iraq one point further back in fifth.