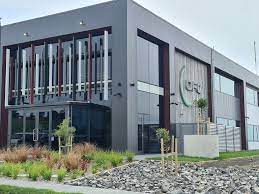 February 17 – Years after being plunged into scandal with a spate of high ranking officials banned for financial wrongdoing, the Oceania Football Association (OFC) has once again become embroiled in chaos and corruption.

New Zealand’s Serious Fraud Office says it has filed charges against two unnamed former employees of the OFC in relation to a controversial Auckland football project.

Following a hearing in the Auckland District Court on Wednesday an arrest warrant was issued for one of the defendants who is reported to be living overseas, according to New Zealand press reports. The second defendant is apparently scheduled to make a first court appearance on March 4.

The charges included conspiracy to commit an offence, namely obtaining by deception, money laundering, and causing loss by deception

The charges, filed late last year, have just come to light and are said to relate to the construction and delivery of the OFC’s Home of Football complex in Auckland.

“As one of the defendants has signalled an intention to apply for name suppression the SFO will not be making any further comment until name suppression issues have been resolved,” a Serious Fraud Office statement said.

The latest revelations will serve as a stark reminder of Oceania’s shady past.

Back in 2018, David Chung, then OFC president and an important ally in Gianni Infantino’s  presidential election victory two years earlier, resigned after seven years in the job.

Chung’s resignation followed that a few weeks earlier of his general secretary at the OFC, Tai Nicholas, following multiple reports of political and financial corruption including a probe into the construction of the very same ‘Home of Football’ headquarters.

Both Chung and Nicholas were banned by FIFA who said it had uncovered “potential irregularities” with the $20 million project, which led to funds to the region being cut off.

Chung had succeeded Reynald Temarii as OFC President in 2010 after the Tahiti official was himself banned for eight years following the World Cup vote-buying scandal in connection with the 2018 and 2022 bid campaigns.

Chung, from Papua New Guinea and effectively Infantino’s highest-ranking deputy at the time,  had repeatedly been the focus of corruption allegations in the region but was so entrenched at FIFA that he seemed untouchable.