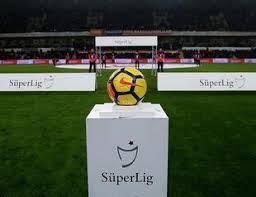 February 1 – Turkish football is bracing itself for a huge reduction in its broadcast deal, a result of a number of self-inflicted wounds in one of Europe’s most emotional football markets.

The current broadcast cycle for the Turkish SuperLig ends with the 2021-22 season. The tender process for the next rights cycle – with bids being accepted for either three or five years and eight packages available – is scheduled to close next week but already the Turkish federation has gone back to bidders to increase their offers.

The current top bid for all rights in the package is about $150 million a year and believed to have been made by beIN/Digiturk. beIN are the current rights holders but the new bid represents a huge drop from the heady days of 2015 and the $500 million they were paying for exclusive rights in the last deal.

With piracy of the SuperLig rampant and the league reluctant to provide any rights protection for their broadcast partner, beIN/Digiturk negotiated a rebate on the rights fee, believed to be in the region of $200 for the current season.

This came with the backdrop of a bitter campaign led by Fenerbahce and its fans against beIN who they accused of influencing match decisions against the club through its broadcasts, including the award of penalties and VAR.

Fenerbahce even ran their own beFAIR campaign with stadium banners and getting new signing Mesut Ozil to wear a t-shirt with that logo on it for a media presentation. It was as ugly as it was unnecessary with the inevitable backlash being a reticence from the broadcast business to pay the big numbers the league is seeking and its clubs need. The federation’s reluctance to sanction Fenerbahce was only matched by its failure to combat the broadcast piracy.

The result is the highest offer it currently holds for the next rights cycle at $350 million below what was agreed in 2015 and $100 million below the $250 million the federation (which is managing the tender via IMG) was targeting as a start point for the new cycle.

The Turkish Football Federation said it has received 46 bids for its packages but has gone back to all bidders asking them to raise their offers. It is hard to see any significant increase coming unless the league can win back the trust of beIN/Digiturk.

The other major bidders are Saran Medya, part of the Saran Group and better known as a TV distributor rather than broadcast channel operator, and Turkey’s second largest telco Turk Telekomunikasyon.

The league has said that it if it can’t achieve the rights fees it was hoping for it would turn to an OTT platform. That would not necessarily solve its revenue problems, would require significant investment to set up, and would certainly result in a drop in exposure for other commercial partners

Turkish clubs are in desperate need of a strong broadcast deal. The top four clubs have all restructured debt with banks while the combined debt total of the clubs is more than $750 million.

The league and clubs are meeting this weekend to discuss their options.