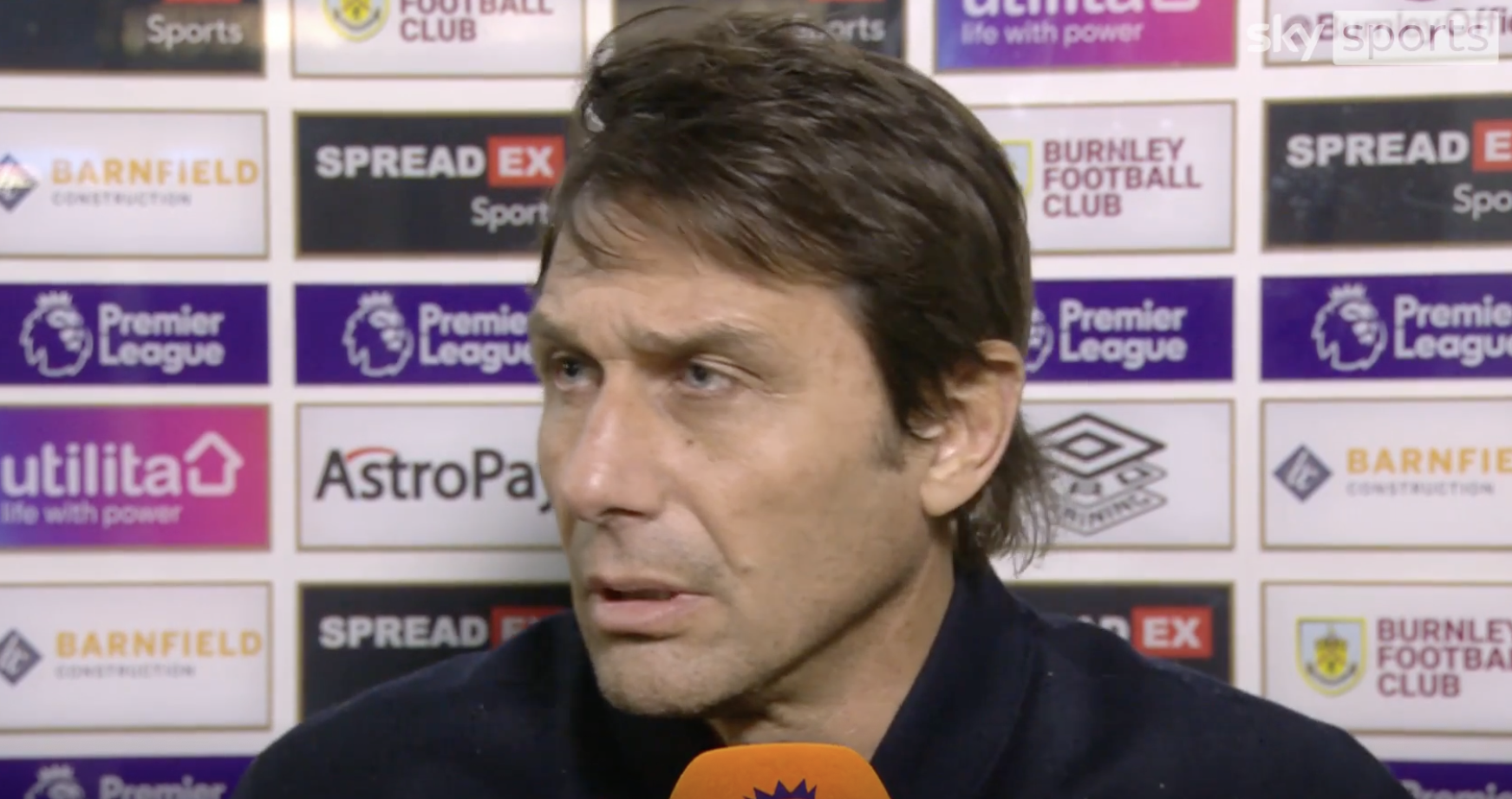 February 24 – When Antonio Conte was hired as manager of Tottenham Hotspur in November to try and revive their fortunes, the club’s fans could hardly believe their luck at acquiring one of Europe’s most successful and tactically astute coaches.

But is it all about to end prematurely?

In a dramatic press conference following Wednesday’s 1-0 defeat against struggling Burnley – Tottenham’s fourth loss in five games – the Italian suggested he may have already done all he can and may not be best equipped to take the team forward.

Wednesday’s defeat was all the more surprising given Tottenham’s 3-2 upset win at defending champions Manchester City at the weekend that was supposed to have restored confidence and Conte is now reportedly set for urgent talks with chairman Daniel Levy.

Conte suggested, with rare frankness for a coach of his stature, that perhaps he should not continue to collect his huge salary when results are not improving.

“For me it’s very frustrating. Four defeats in the last five games. This is the first time in my life this type of situation has happened,” said Conte who won the league title with Inter Milan in his last job before coming to north London having previously done the same at Chelsea.

“I think Tottenham called me to improve the situation but I’m too honest. I’m too honest to close my eyes and to continue to say, ‘Ok I want to finish the season in this way and OK my salary is good’.

“But I’m not this type of person. I have ambition, I’m a person who has ambition, I hate to lose and we lost, I repeat, four games in the last five games.

“And for me, I repeat, this is unacceptable. I won’t accept this. I want to try to improve the situation and also to make assessment with the club because if we continue in this way, maybe we have to pay great attention because this league we can finish 10th, 12th, 13th the same way that when I arrive here the same position.”

“No one deserves this type of situation – the club, me, the players and fans. But this is the reality.”

For seasoned Spurs fans who have seen many a hope quickly dashed, the Burnley result was ominously predictable given the team’s notorious lack of consistency. But the fact that it is happening under Conte’s watch, given his track record, attention to detail and work ethic, is all the more worrying for the club.

Although he has repeatedly stressed the need to be given time to improve the squad in order to challenge the leading sides in the Premier League, at no time since Conte joined Spurs, where he had an unbeaten first nine games, has he spoken with such brutal candour about the job at hand or questioned whether he can move the club sufficiently forward.

He even went as far as to imply that on current form, far from challenging for the top four places, Tottenham – currently in eighth spot – were in relegation form.

“The reality from the last five games is we have to pay attention to not fight for the relegation zone. This is the truth. This is the reality. And when this type of situation happens, maybe there is something wrong,” said Conte.

“From the first day I arrived here I want to help Tottenham. I think that we are doing everything to change the situation but maybe it’s not enough. It’s not enough.”