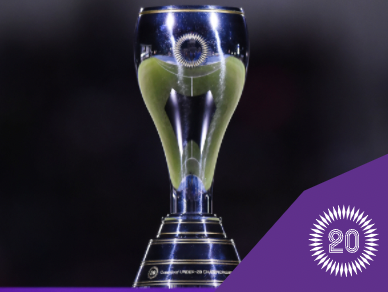 “This enhanced Concacaf Men’s U-20 Championship will showcase future stars of our region as they compete for the opportunity to qualify their teams to the FIFA U20 World Cup and the Summer Olympic Games,” said Concacaf General Secretary Philippe Moggio.

“We look forward to working closely with our hosts, the Honduran Football Federation, as well as our partners and local stakeholders to deliver an outstanding competition for federations, their players and coaches, and the fans.”

The Group Stage will be played between the 16 top ranked in the Concacaf U20 rankings. The top three teams in each group will progress to the Round of 16, joining the four CMU20C Qualifiers winners.

The 2020 U20 Championship was cancelled due to the covid pandemic. The USA were the last winners in 2018.

16 teams participating in the Round of 16 (in alphabetical order): Curacao, Dominican Republic, Nicaragua, Puerto Rico and the top three teams in each of the groups (12 teams).

Number of teams qualifying for the 2023 FU20WC: Four (semifinalists)

Number of teams qualifying for the 2024 Olympic Games: Two (finalists)