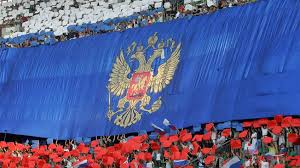 March 1 – The blanket ban on Russia in FIFA and UEFA competitions may not end there, with reports emerging that the Russian Football Union may take their case to the Court of Arbitration for Sport.

In a statement the RFU said it would “reserve the right to challenge” the decision.

“I feel sorry for my boys,” said Russia coach Valery Karpin. “They were dreaming about playing at the World Cup. Now their hope is gone.”

As of Sunday, FIFA had taken a much-criticised cautious approach, simply banning Russia’s anthem and prohibiting the country from hosting international matches.

But the situation changed over 24 hours, forcing FIFA into a u-turn as the world reacted with astonishment and the Czech Republic, Poland and Sweden national teams all refused to play Russia in the upcoming World Cup playoff programme.

If it does go to CAS, the RFU would presumably argue that its ban had nothing to do with sport but a ruling in its favour would cause international outrage.

The only way Russia could otherwise be re-admitted to by FIFA and UEFA would be a sudden reduction of hostilities in Ukraine.

“Both Presidents (of FIFA and UEFA) hope that the situation in Ukraine will improve significantly and rapidly so that football can again be a vector for unity and peace amongst people,” UEFA said.

Meanwhile it is being widely suggested that Poland, which had been due to play in Russia on March 24, will be given a bye into the path B playoff final.

This would be the most straightforward option, with the Poles then meeting either Sweden or the Czech Republic for a place in the finals in Qatar.

FIFA and UEFA may, however, decide to replace Russia with Slovakia which finished third in Russia’s World Cup qualifying group albeit eight points further back.

Russia had also qualified for this summer’s women’s European Championship in England but seems likely to be replaced by Portugal though UEFA have not yet confirmed this.