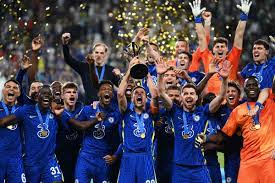 March 2 – Speculation is mounting than Chelsea’s billionaire oligarch owner Roman Abramovich may be about to sell the club in the wake of his country’s invasion of Ukraine.

Various media reports in the UK and Switzerland suggest that Swiss tycoon Hansjorg Wyss claims he has been offered the chance to buy Chelsea as part of a takeover consortium.

Abramovich’s future at Chelsea has been in doubt since he announced he was handing control of the club to the trustees of its charitable foundation. This came amid rumours that he is seeking to sell his UK properties to avoid potential financial sanctions.

Abramovich’s has vehemently denied reports that he is close to Vladimir Putin and there is no suggestion that he is about to call in the £1.5 billion worth of loans he has handed Chelsea since buying them in 2003.

“Abramovich is trying to sell all his villas in England, he also wants to get rid of Chelsea quickly,” Wyss told the Swiss mass circulation newspaper Blick.

“I and three other people received an offer on Tuesday to buy Chelsea from Abramovich. I have to wait four to five days now. Abramovich is currently asking far too much. You know, Chelsea owe him £2bn. But Chelsea has no money. As of today, we don’t know the exact selling price.”

Wyss, worth a reported £4.3 billion, added: “I’m definitely not doing something like this alone. If I buy Chelsea, then with a consortium consisting of six to seven investors.”

One of the issues with any sale of Chelsea is who is actually selling the club and what are they selling?

Stephen Taylor Heath, Head of Sports Law at JMW Solicitors, said: “It is understood Abramovich does not own the club directly but rather controls the corporate entities that do. For a takeover the first legal issue would be whether the sale was of the club as an asset of that company or the company itself. There may be shareholder agreements in place that could be relevant requiring the cooperation of third parties.

“It would bring into sharp focus the idea of stewardship of the club having been placed in the hands of the Trust if in fact the Trust and Abramovich were not on the same page with regard to the sale of the club to the prospective buyers.”

Chelsea has a number of assets separate to the team – stadium, hotel, training ground – and it is unclear where the ownership of all those assets lie, and if there are other claims on them.

The other major issue for any sale is the £1.5 billion debt mountain.

“Clearly the substantial loans would be a key issue if the club was saddled with substantial debt that could be called in at any time on an ongoing basis. That would also bring into focus the leverage that the lender had in relation to the operation of the club as a result of that debt,” said Taylor Heath.

“The prospective owners have to complete reports establishing the ongoing financial viability of the club as part of the documentation to be submitted for approval by the Premier League.”