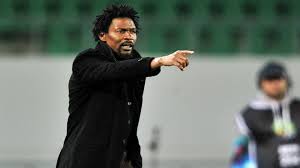 March 2 – Rigobert Song will succeed Toni Conceição as head coach of the Indomitable Lions, the Cameroonian sports ministry has announced.

At the recent Africa Cup of Nations, the Portuguese coach led Cameroon to the bronze medal on home soil in the continental finals. He also ensured Cameroon maintain a chance to progress to qualify for the World Cup in Qatar, but those feats were not enough to keep him at the helm of the West African nation after the authorities revealed that Song would be appointed as the new manager.

“On very high instructions from the President of the Republic, the coach of the men’s national football team, Mr Antonio Conceicao, has been replaced by Rigobert Song,” said Kombi in a statement.

“The Cameroonian Football Federation (Fecafoot) is invited to take the necessary measures for a rapid and harmonious implementation of these very high directives.”

Conceição and Cameroon had never seemed a fit, but even so, the Portuguese and his team performed well at the Africa Cup of Nations, with Vincent Aboubakar in fine form, but the team hardly failed to inspire and with a limited squad never rekindled the heights of previous generations or the victorious campaign of 2017.

Cameroon are playing all-important World Cup playoffs against Algeria later this month. The winner will claim one of Africa’s five coveted tickets for the World Cup.  Cameroon failed to qualify for the 2018 World Cup.

Song has plenty of experience to rely on, from his own playing days and his role as Cameroon’s U-23 coach, but the new hot seat will be a challenge altogether.