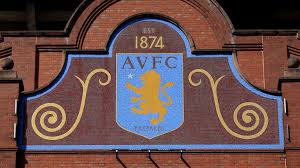 March 4 – Aston Villa, the West Midlands side that recently brought Philippe Coutinho back to the Premier League, has unveiled a sharply-reduced loss for the 2020-21 season when it consolidated its status as a top-tier club.

What is more, the summer transfer of talisman Jack Grealish to Manchester City could well catapult the Birmingham outfit to the top of the Premier League profits table in the current season. Net income from player transfers since the balance-sheet date is put at £102.9 million. Almost all of this is likely to have come from the Grealish deal – and having originally joined the club as a six year-old, proceeds from his transfer can pass straight to the bottom line.

The main factor in the 2020-21 improvement was a surge in broadcast income, which more than doubled to £157.1 million, easily offsetting the loss of almost all Villa’s £11 million gate receipts.

The club – which in November brought in the ex-Liverpool star Steven Gerrard as manager, replacing Dean Smith – benefited from a £2.5 million insurance payout related to covid.

Owners Wes Edens and Nassef Sawiris continued to pump funds into the club, putting up a further £97 million of shareholder equity. In spite of generating only just over £4 million of cash from transfer sales, the club was able to spend almost £90 million of cash on new players, with striker Ollie Watkins and goalkeeper Emi Martinez among those arriving.