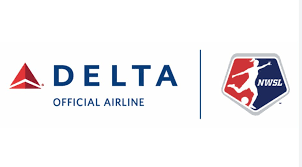 March 8 – Delta Air Lines and the National Women’s Soccer League (NWSL) in the US have agreed to a multi-year partnership that sees the global air carrier become the league’s first official airline and travel partner.

It’s the first time that the airline has entered a significant sponsorship of women’s football. The airline will activate is sponsorship with a focus on fan engagement, women’s empowerment and diversity, equity and inclusion initiatives.

“Delta is a champion for the growth of women’s sport in the U.S. and around the world,” said NWSL chief revenue officer Mitch Poll. “We’re excited to welcome their team to the family and work together as we continue establishing the NWSL as the world’s premier women’s soccer league.”

The term or value of the deal was not disclosed but it does mark another step forward for a league that needs to accelerate its growth after a series of governance issues. The NWSL has also sealed sponsorships with sportswear giant Nike and cryptocurrency brokerage Voyager Digital.

“Joining the National Women’s Soccer League as its first-ever airline sponsor is a proud step in Delta’s work to support the teams and communities where we live, work and serve,” said Delta SVP of global brand marketing Molly Battin.

Celebrating its 10th anniversary, the NWSL will kick off with its Challenge Cup on March 19. The regular season will see the clubs compete on a home-and-away basis for the first time since 2014 and the top six teams will qualify for the league’s postseason.