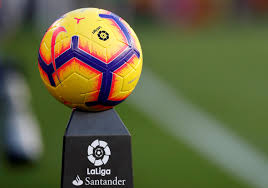 March 8 – The challenge by Real Madrid, FC Barcelona and Athletic Club to LaLiga Impulso, the joint venture that will see CVC Capital Partners inject about €1 billion into the league, has suffered a new blow in court.

The 15th Court of First Instance of Madrid has denied the injunction requested by the clubs who wanted the preventive suspension of the resolutions adopted by LaLiga’s General Assembly on December 10, and the removal of enforcement measures that have ensured the Boost LaLiga Project went ahead.

LaLiga says that the Impulso project provides the opportunity of “advancing more than 20 years in terms of infrastructure, technology, internationalisation and attracting talent, amongother projects”.

Real Madrid, Barca and Athletic Club haven’t bought in to the programme, thought the rest of LaLiga’s 42 clubs have.

The court order concludes that it is not appropriate to suspend the agreement and itsrepercussions, and considers that “it must be taken into account that the suspension measuresought would mean the freezing of effects already initiated or executed.”

The court also recognized that most clubs want Impulso to go forward and that to impose the order would subject the majority to the will of the minority.

The court also said that the injunction would only block what has already taken place as the project is already releasing money to clubs and initiatives are being undertaken. It emphasized that the ruling “also takes into account that in the case of social actions the principle of minimum interferencemust apply until the final decision is taken”, said LaLiga.