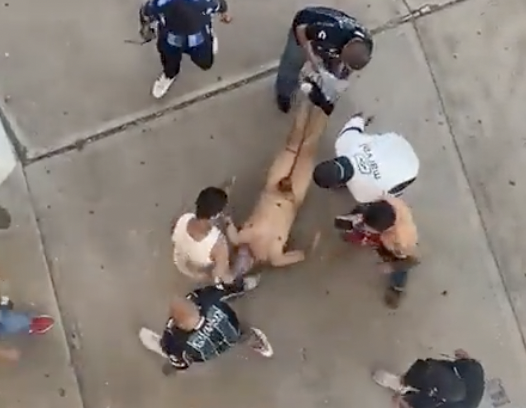 March 9 – The Mexican Football Federation and LigaMX have moved swiftly to sanction Queretaro after violence at the weekend during the visit of league leaders Atlas that left 26 people injured and at least 21 hospitalised.

Queretaro will now play behind closed doors for a year and its barras supporters’ groups will be banned for three years.

The league and federation has considered expulsion of the club from the league but Mexican FA president Yon de Luisa explained that they had stepped back from that to maintain the integrity of the sporting competition.

However the club will have to find new owners after the Mexican football authorities banned Queretaro’s ownership group (Gabriel Solares, Adolfo Ríos, Greg Taylor and Manuel Velarde) from league-related activities for five years.

Queretaro will be returned to previous owns Grupo Caliente (who also own Liga MX Tijuana) who have until end of the year to sell the club or its license and ownership will return to Liga MX.

Police said yesterday that 14 people had been arrested on charges that include violence at a sporting event and homicide. Of the 26 people reported injured two remain in hospital while 19 have been released. There have been no deaths officially reported though the scenes of violence that appeared on social media in the aftermath of the violence show graphic and horrific acts of brutality.

The violence has fast tracked into the club game a host of new fan safety requirements.  Liga MX president Mikel Arriolasaid: “Starting today, measures will be implemented that will mark a before and after in the protocols that must be observed and followed.”

For the 2022-23 season facial recognition technology and fan IDs will be introduced while minors will also no longer be allowed into the supporters’ group sections. Security, which is often provided by private firms, will now have to be provided by state, local and municipal police.

The Mexican FA extended the sanctions beyond the first to the club’s youth and women’s teams who will also have to play behind closed doors.

Atlas’ were 1-0 up before the violence broke out and the match was abandoned in the 63rd minute. Atlas have been awarded a 3-0 win.