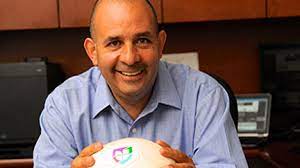 March 15 – With the MLS domestic broadcast rights package currently in market with a new cycle coming up, one of the league’s biggest broadcast partners has said that to compete internationally the MLS needs to “release the leash” and lets its teams grow beyond their local boundaries.

Speaking at the Sportel Rendez-vous in Miami, Juan Carlos Rodriguez, president of sports global enterprise, at TelevisaUnivision, the MLS’ Spanish language rights holder in the US, said: “There are too many teams in the league. It is spread too diffusely. The must allow for some real teams to grow on a national basis.”

The strategic question for the MLS and its growth is whether to provide for a competitive landscape for its teams, or to create a league with teams allowed to turn themselves into real giants of the national game in the US.

Part of this, says Rodriguez, is “to bring in better players so they become more relevant”.

To do that requires more funding with broadcast being the obvious source to stimulate the change with increased rights fees.

Asked whether he would pay more for this kind of league, Rodriguez said “we can’t afford to pay more. To get the higher rights fees it has to be a mix of three sources – linear, digital streaming and direct-to-consumer (subscription services like Netflix or Amazon).”

Rodriguez was postive about the further for the MLS and football in the US saying that he “would bet a lot of money it will be the second or third major league sport in the US before long. Behind baseball but in a big fight with basketball.”

He also pointed to the change in supporter culture and how the MLS “is becoming way more fun.”

TelevisaUnivision has set itself the target of becoming the “first ever global broadcast streamer in Spanish”, based around four content pillars of entertainment programming, news, sports and music.

“Soccer is a number one priority for Univision,” said Rodriguez. “We have more than 3,000 soccer games that are relevant (competitive league fixtures). You will start to soccer broadcast in primetime in the US.” At least in the Spanish language.