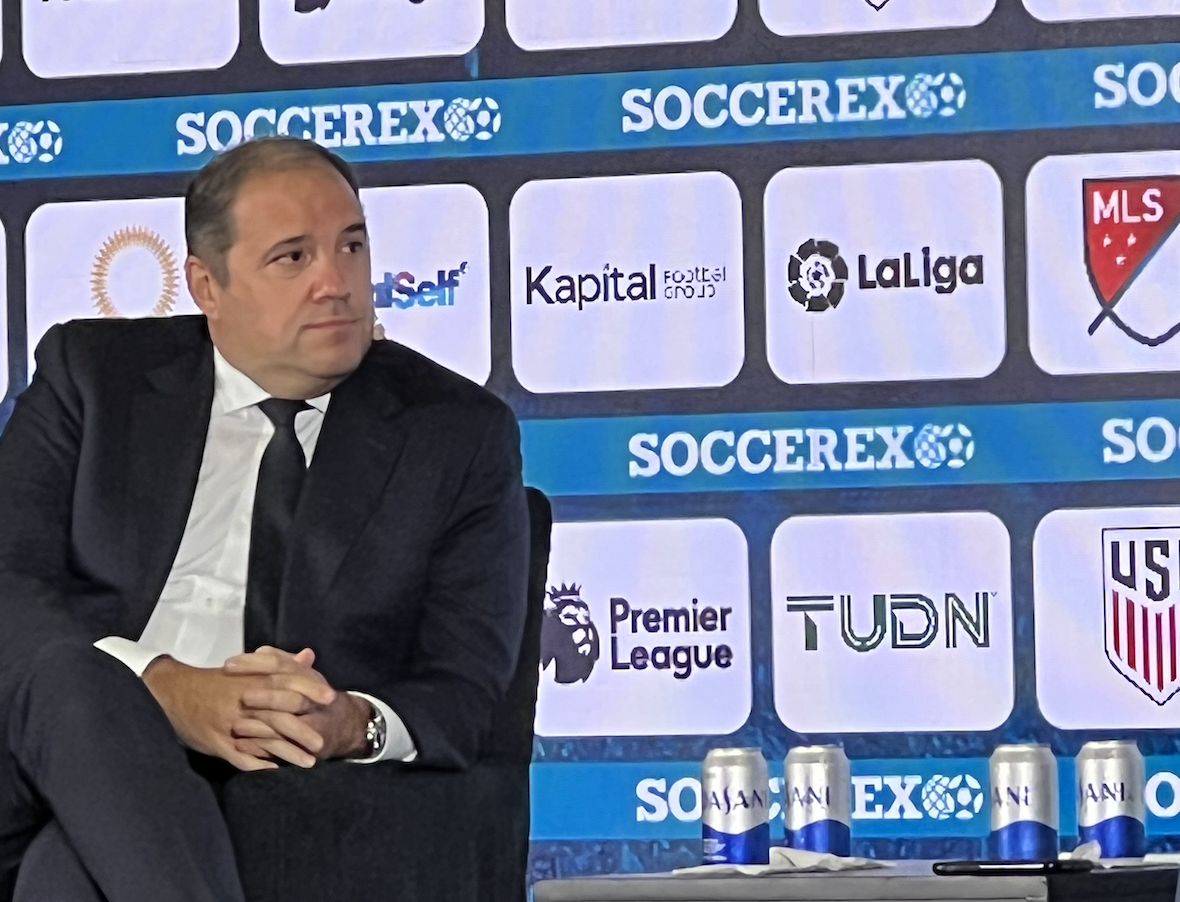 By Paul Nicholson at Soccerex in Miami

March 16 – Concacaf president Victor Montagliani has voiced reservations over a biennial men’s World Cup, saying that it is problematic and questioning where confederation championships, including the fast-growing Concacaf Gold Cup, would fit in.

Opening the Soccerex conference in Miami he said that “the world has changed a lot and at this time no idea is necessarily a bad idea, whether you agree with it or not. But as it stands (a biennial World Cup), it is problematic. How does the Gold Cup fit in? But we are in favour of growth.”

While a biennial World Cup might not be the best route to that growth, Montagliani is nevertheless adamant that the argument there is too much football is wrong, and that his member nations do not play enough. He said the Concacaf region is not alone in the need for more meaningful international competition for its national teams.

“The US and Mexico don’t play enough. The reality for most of the world is there is not enough opportunity. We know the bread basket of football is in Europe but you have to take a step back and look from a global perspective, and not hurt anyone,” said Montagliani.

“The match calendar plan FIFA launched with Arsene Wenger is a lot more than just adding one tournament. There are mandatory rest periods in a changed calendar, the addition of youth competitions every year so that there are no lost year groups, there is a lot of good in the plan.”

So if not a biennial World Cup then what? The thinking now looks to be leaning more towards some kind of world Nations League competition, not a long way from the old Confederation’s Cup tournament but with more teams and perhaps played as a knock out competition.

FIFA may have clumsily and perhaps a little despotically played their hand on calendar reform, but the reality is that there will be change because a majority of their members want it.

Montagliani says that the confederations need “to come to the table and have discussions”.

Aside from the issues of global calendar, Montagliani highlighted the 10-year strategy for the region that Concacaf have made, that starts with what is a big year for the confederation and not just because of Qatar 2022.

“For us (Concacaf) it is always about the pitch. Competitions and development programmes. We always emphasise that football comes first and 2022 is a big year which will see the launch of our women’s ecosystem,” he said.

This year Concacaf will hold an eight team senior women’s finals tournament in July for World Cup qualifying, while in 2024 the Women’s Gold Cup will be launched and “will have an invitational component.”

“It is providing more opportunities to play,” said Montagliani.

He acknowledged the disparity in his region that has both the richest and poorest nations in the world in terms of GDP but said: “We have 41 realities and one truth, football.”