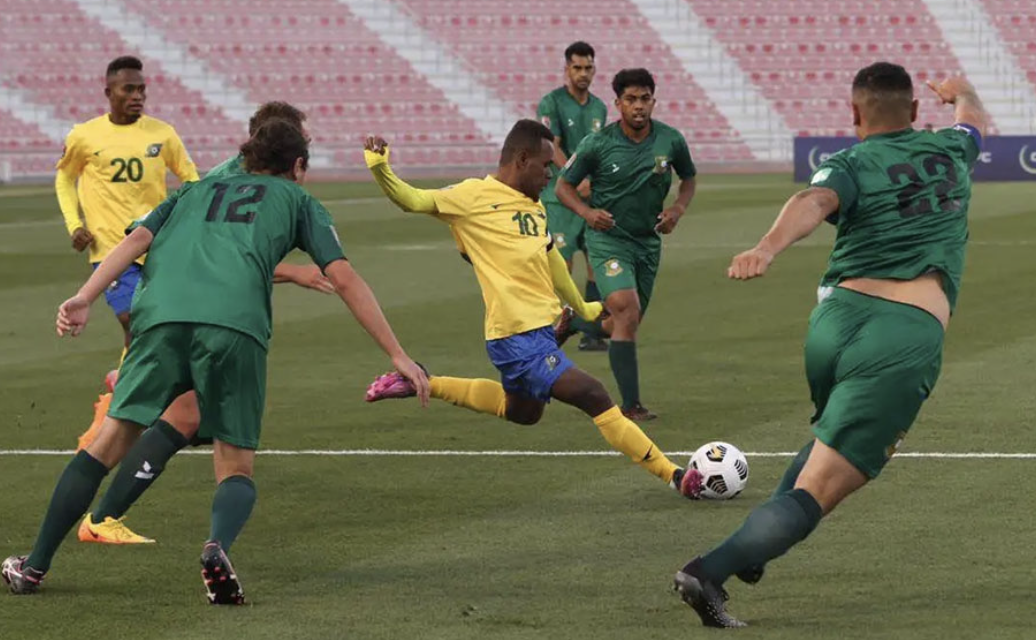 March 18 – The Solomon Islands defeated the Cook Islands 2-0 to kick off the eight-team Oceania World Cup qualifiers with a ticket for the intercontinental playoffs at stake, but on the first day of the tournament Tahiti – Vanuatu had to be postponed because of a Covid-19 outbreak.

After two years without international action due to the global health crisis, Oceania’s international football returned to action when goals from Atkin Kaua and Alvin You saw the Solomon Islands, the second-highest ranked team in the region, overcome the Cook Islands on Thursday.

However, the second match of the eight-team mini-tournament had to be postponed following a Covid-19 outbreak in the Vanuatu camp.

In a statement, the Oceania Football Confederation (OFC) said: “Following rapid antigen testing conducted on March 17 which revealed positive cases of COVID-19 in a vast majority of the Vanuatu squad, the scheduled Match Day 1 meeting between Vanuatu and Tahiti at the FIFA World Cup Qatar 2022 Oceania Qualifiers will not go ahead.”

“The tests were conducted prior to the Vanuatu squad departing their team hotel for the stadium. Vanuatu would not have had enough players to field a team.”

The OFC and FIFA will have to decide the fate of the match, with little leeway to reschedule.

Doha, Qatar, is staging the qualifiers of the Oceania Football Confederation (OFC) with one of New Zealand, Solomon Islands, New Caledonia, Tahiti, Fiji, Vanuatu, Papua New Guinea and the Cook Islands qualifying for the intercontinental playoffs. Ranked 111th on the FIFA ranking, New Zealand are the sky-high favourites.

On the road to the 2018 World Cup, they defeated the Solomon Islands 8-3 on aggregate in the final of the OFC qualifiers, but the All Whites fell short in the intercontinental playoffs against Peru, losing 0-2 on aggregate. This year, the winner of the OFC qualifiers will play the fourth-placed team from CONCACAF’s final round of qualifying that completes next week.