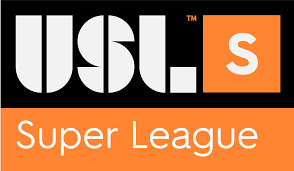 March 18 – The USL has announced that its professional women’s Super League that will kick off in August 2023 will not be played as a calendar year competition but will align with the international women’s football calendar.

The inaugural season will start after the Women’s World Cup in 2023 and run through to the playoffs and finals in June 2024.

The Super League was first announced by the USL in September 2021 and has yet to name any founder teams. It will be a rival to the current NWSL that plays over a calendar year and kicks off its 10th season this month with an expansion to 12 teams.

“The Super League will be well-positioned to deliver a more exciting competition with world-class players and compelling fan experiences. We will support our players’ careers by being leaders in the international transfer market. Additionally, we will drive significant club growth through increased franchise value, revenue opportunities, and long-term commercial viability.”

“The Super League calendar is strategically designed to deliver a top-quality fan experience by enabling our clubs to field their first-choice squads as often as possible,” said USL Super League president Amanda Vandervort.

The league’s ambition is to create major women’s teams with the world’s best players competing. “With key international competitions occurring nearly every summer in women’s soccer, we want to help players effectively balance their club and country commitments,” said Vandervort.

The USL Super League will mark a major expansion into the women’s game for the USL following the runaway success of the establishment of the USL W League a pre-professional women’s soccer league that will kick off in May this year.

That league was set up with the view of enhancing the women’s soccer player pipeline between college and the professional game. Team take-up has been remarkable with 44 teams across 20 states readying for the May kick off.

In effect the USL with the W League is seeding the creation of a talent pool for a professional league. Aligning the calendar with the international game will help on a nimber of levels.

“The commercial benefits of a fall-to-summer calendar – from ticket sales to player transactions to partnership activation – will help secure the financial footing of our league,” said Vandervort.

“We are doing something different because we believe it will set the foundation for a long-term, sustainable enterprise.”