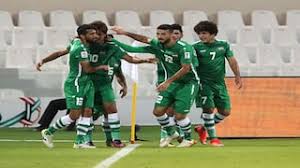 March 21 – So near but so far. Iraqi dreams of hosting their remaining home tie in the final group stage of Qatar 2022 World Cup qualifying have been dashed following unrest in the country.

“Following the latest incidents in Iraq as well as the broader shifts in global security in recent weeks, a reassessment of the safety and security situation in Iraq was performed jointly by FIFA and the AFC,” said an AFC statement.

“Based on the assessment, and to ensure the highest standards of safety and security for all the stakeholders involved, it was decided that the match should be moved to a neutral venue.”

Iraq are four points behind the UAE who are in the intercontinental play-off slot with two games to play.

A win against the UAE would narrow the gap to a point with Iraq completing their group campaign against bottom side Syria (also at a neutral venue in Dubai, UAE). The UAE finish against already qualified South Korea. The Koreans have been unbeaten in qualifying.

Losing the home advantage for Iraq and the emotion of the return to Baghdad to face the UAE in such a crucial fixture could have been a defining moment both for the country’s football and 2022 qualifying.

The match against the UAE would have been the first home tie the Iraqis had played in Iraq in the final group stage of 2022 qualifying.

In January this year, international A national team football returned to Baghdad after more than eight years when the men’s national team beat Uganda 1-0 in a friendly tie at the Al-Madina International Stadium – the first international in the capital since a match against Liberia in 2013.

In October 2019, Iraq defeated Hong Kong 2-0 in the FIFA World Cup Qatar 2022 and AFC Asian Cup China 2023 Preliminary Joint Qualification Round 2 at the Basra Sport City – that was their first Qualifier on home soil since 2011.