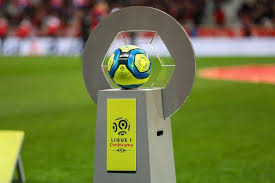 March 21 – The French Professional Football League (LFP) has entered exclusive negotiations with private equity firm CVC Capital for a €1.5 billion investment in a new commercial subsidiary that will handle the LFP’s commercial rights.

The rights included cover both Ligue 1 and Ligue 2 and would see CVC take a 13% stake to CVC in the new commercial business.

In a statement, the league body said that its board had “unanimously decided to enter into exclusive negotiations with the investment company CVC as part of the project to create a commercial company.”

Last year, the LFP began a search for private equity partners in a bid to refinance the domestic game that had had to weather fierce storms during the Covid-19 pandemic and following the collapse of the TV rights deal with Spain’s Mediapro.

Intermediaries Centerview, Lazard and law firm Darrois saod there was interest from about 30 potential investors. The field was narrowed down to CVC, Silver Lake, Oaktree, and Hellman and Friedman.

The deal still needs to be finalised, but it will be CVC’s second major incursion in the European game. In December, the private equity firm invested €2.1 billion in La Liga in return for a stake in the organisation’s commercial subsidiary.

Amazon and Canal+ hold the rights to Ligue 1 and Ligue 2 until the 2023/24 season, but France’s domestic rights have the lowest valuation of Europe’s big five. It’s estimated that PSG bank 30% of all broadcast revenue in the league.

The CVC deal will bring fresh cash to French clubs, which need €800 million in funding to recover fully, according to LFP president Vincent Labrune.