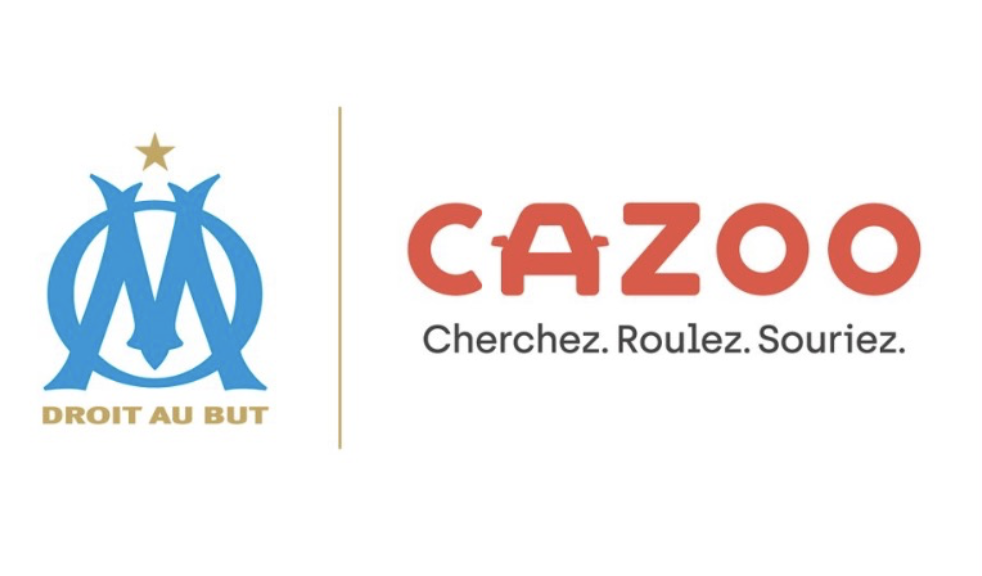 March 24 – Online car retailer Cazoo will become the main sponsor of Ligue 1’s Olympique de Marseille in a multi-year deal that will begin at the start of the 2022/23 season. The deal will see the brand take the club’s front of shirt logo position.

Cazoo is picking off clubs in Europe’s big leagues to rapidly increase its brand exposure as it launches its business in new markets.

Last month month Cazoo announced a similar deal with LaLiga rival Real Sociedad and Valencia. Both agreements are said to be multi-year. In the Premier League Cazoo is the shirt sponsor of Everton and Aston Villa but has said that its deal with Everton will end this season and not be renewed, though it will continue with Aston Villa.

The Everton deal was worth a reported £10 million a year though other sources have said that it was closer to £3 million as it was a last minute replacement for online sports betting firm SportPesa. No value was given for the OM agreement that sees Cazoo replace Uber Eats.

The deal with OM will see Cazoo branding on the front of the OM shirts, throughout the Orange Velodrome, and on the club’s website and all media backdrops featured on TV coverage.

OM has 17 million followers on digital channels and Cazoo will look to leverage those platforms.

Pablo Longoria, Olympique de Marseille President said: “We are delighted to welcome Cazoo, a young company already at the level of the largest international companies, into the Olympique de Marseille family. Beyond the sharing of values such as surpassing oneself and fighting spirit, this partnership symbolises our common will to play on the European scene and to continue to grow together, each in its own field of expertise.

Cazoo has recently launched in France and Germany. In Spain it launched via the acquisition of Swipcar.

Founded in 2018, Cazoo has already sold more than 50,000 cars in the UK since its launch and employs over 3,800 people across the UK, France, Germany, Spain and Portugal. Last August it listed on the NYSE, raising more than $800 million to fund expansion of the brand.

Alex Chesterman, Founder & CEO of Cazoo said: “Marseilles are one of the leading teams and like us are a very ambitious club driven by results and have a passionate following and fan base across France. We are looking forward to engaging with the fans and local community and delivering the best car buying experience in France in 2022.”