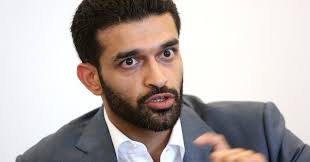 March 25 – The public face of the Qatar World Cup has hit back at Dutch coach Louis van Gaal for criticising the decision to hold the event in the Gulf state, countering that van Gaal has failed to understand the Arab world’s passion for football.

Van Gaal said earlier this week that it was “ridiculous” for the World Cup – being staged as a one-off in November and December – to be held in Qatar and that FIFA had been motivated purely by money.

“For a person who has had many many years (as a coach) and who understands the power of football, it is ridiculous that he could actually make such a bland statement,” Thawadi told Bein Sports.

“I am sure that he hasn’t spent a lot of time understanding what football means, not only to Qatar but to the Arab world.”

The World Cup was switched to winter because of extreme heat during the summer and has been dogged by criticism, both over Qatar’s lack of footballing pedigree and, in particular, human rights issues.

But al-Thawadi charged: “The passion of the people of the Arab world, what football means to us, I think it is not a ridiculous notion that an Arab nation hosts the World Cup.”

“It is the time for the Arab world and the Middle East to take a stand within the global football community and to be recognised as such.”

“Plain and simple, the Arab world deserves its right to be in the sunshine, in the spotlight. We have worked very hard to get to this stage and I don’t think we will make any apologies for it.”